International Women’s Day 2021: Why the always possible team will always #ChooseToChallenge, and what that means for how we work 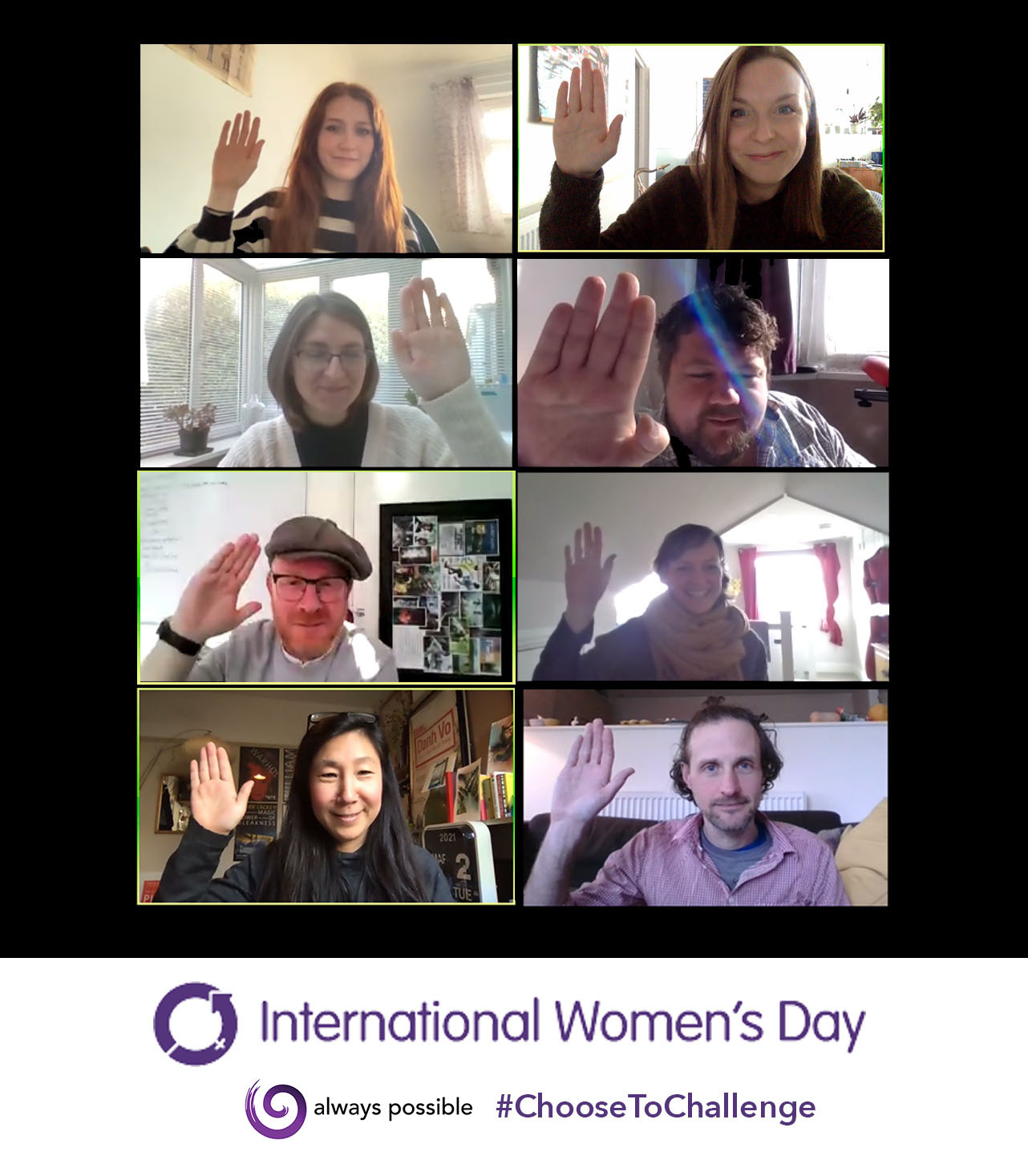 This year’s IWD campaign theme Choose To Challenge means that we, as individuals are given a celebrated platform to share our own specific gender bias and inequality challenges and then collectively, we can change the world for the better. This is so important to me as a woman, as a leader and most significantly as a mother to two sons and a daughter.

In the past and more recently, the challenges I experience as a non-white, professional female and mother range from subtle discrimination to outright racism. The short and long term effects are damaging in lots of different ways but especially when it comes to confidence because with confidence comes the ability to speak out and change behaviours, and that is critical to how we can make a difference.

I still find it extremely hard to speak out publicly but recognise that by doing so, I can inspire others. My hope is that I will be the last generation to experience raising mixed race, cross cultural children in a society that perpetuates inequality and othering. Already, my teenagers are more aware of the importance of challenging gender bias and inequality than I ever was at their age. They do this without even realising that they are challenging anything, for them, it is how it is and should be.

As individuals we can either choose to do something or choose to not do something, or we can simply not know. In 2021, ignorance doesn’t really feel valid anymore – if you want to know you can; if you want access to evidence and expertise, it’s in front of you. So, that leaves the choice between doing and not doing – and that’s the most dangerous (and the most powerful) choice of all.

My mother did everything she could to neutralise my gender, and raise me as a person rather than as a boy. I was encouraged to play with everyone and everything, to be the only male in the room at the jazz dance lessons, to question my friends when they banned girls from the treehouse. But as an adult, as a father and as a business leader, the motivation has to come from me alone.

It is incredibly easy for me to coast along, and to use my gender to get what I want. There are 12,000 years of societal norms and 2,000 years of scientific, religious and history textbooks and 100 years of movies to make my case. I can choose to be the loudest and elbow my way in. I can choose to hire people like me. I can laugh with other men when the only woman in the meeting has to leave early to pick up a child from school – and we could choose to volunteer her for all the admin tasks.

Or I can choose to do something else, and to challenge myself and those around me. I am often the problem, and I can be the solution. I founded always possible to be an organisation that powers change – in business and in society. We help other organisations to make evidence-based decisions, and to make their corner of the world better than it was before they started. It is no accident that always possible is a business shaped and moulded by women and men working together, challenging the status quo and asking questions about who we want to be. 66% of our senior team and 63% of our core team is female – and there is more that will be done over the coming year to build a gender equal non-executive board. And pay is, and always will be, gender blind.

We seek work that means we can be part of redressing the balance of pay, language, employment rights, opportunity and discrimination around gender. Some of the projects we have taken pride in being a part of include the Institute of Physics Gender Action programme, the #LimitlessApprenticeships campaign highlighting young women smashing it in STEM careers, and giving platforms to organisations like Into Games and Essex STEAMETTES who are breaking down barriers. And our >BREAKTHROUGH programme for female business leaders in East Sussex is fast becoming a community and learning platform for real change.

But there is much more to do. And we pledge to do it. Choosing To Challenge misogyny, sexism and gender bias where we see it or hear it – even if that makes us unpopular or loses us money. I have a choice, and the business I lead has a choice. And so do you.

This year’s International Women’s Day theme ‘Choose to Challenge’ is a particularly timely one for me this month. I recently attended a meeting in which there was some hefty gender stereotyping and exclusionary behaviour at play. My confident and articulate 34-year-old self was rendered an anxious and angry imposter – essentially, I was plunged back into my teens. Fellow proud members of the Frequent Criers Club will understand when I say that my throat burned as I tried to fight my rapidly swelling glottis (please don’t write in, that’s in your throat).

Every negative experience relating to my gender that I’ve ever had, spanning the spectrum from ‘mild’ to criminal, came flooding back. Many I should have challenged but chose (or was told) not to. As I sat on this video call trying to force my expression back to something that appeared vaguely neutral, my inner monologue was hosting a tug-o-war between “I must be being over-sensitive” and some pretty flamboyant expletives. As is symptomatic of systemic gender inequality, many of us have been conditioned to not only doubt whether what we’re seeing/hearing/experiencing isn’t good enough, but we doubt that our choice to challenge it even exists. But with time to think and with great counsel from colleagues it felt not only possible to speak up, but vital to.

The experience, although unpleasant at the time, has proven useful in the following weeks. We’ve had some great conversations internally about the ways in which we – whether female- or male-identifying – can contribute to a gender equal world. There’s a danger that ‘Choose to Challenge’ could be misunderstood as being accusatory if we don’t also highlight the equally important role that men must play in tackling behaviour that feeds gender disparity. This isn’t without risk either. The risk you’ll be accused of trying to ‘save’ someone. The risk that someone will no longer consider you a friend or ally. The risk you run of speaking ‘for’ someone and not giving them voice. So choose to do the pre-emptive work, when someone’s behaviour isn’t rendering a woman who is present ‘victim’. Men who are serious about contributing to a just society challenge gender inequality in all-male spaces too.

As a man and as a father of a young son, how can I Choose To Challenge?

Although IWD should be considered a key date in everyone’s calendar, for men it often comes and goes. As the father of a young son, I can make sure that this doesn’t happen in our home. But how to start? – Firstly, I can create a conversation, nothing heavy, just a chat. I can talk to him about women in our family history and ensure he knows ‘herstory’.

I can speak to him about the upcoming elections and ask how he feels, that for far too long, women were denied the right to vote. And yet one of his best friends’ mum is running for election, and he supports it wholeheartedly. I can remind him of what he said when he was about four years old: “Girls, can’t play football”. I don’t know where he had heard it from, but that Sunday we went to watch Lewes FC ladies team. He was absolutely enthralled. “So?”, I asked. Lesson learned.

The best and most important thing I can do is not keep these types of conversations for one day a year. I can teach him to stand up and speak up when he encounters uncomfortable situations. I can help build a young man that is happy to stand shoulder to shoulder with those in the fight. Those are just a few things I can do.

This theme really resonates with the things I have been reading and listening to lately – both about the way we need to challenge the status quo in the outside world and in our own daily behaviour. I recently read a biography of Eleanor Marx by Rachel Holmes (daughter of Karl and Jenny Marx, but also massively important in the Trade Union movement in the 1870-90s in her own right). Even though her education and upbringing at the centre of socialism meant she could imagine, and argue for, fairer working conditions for men and women in jobs she had never done – she still couldn’t imagine a world in which her partner had equal responsibility to cook the dinner.

In 2019 we evaluated a pilot of Gender Action, an accreditation programme for schools to challenge gender stereotyping in education. What was striking from the academic research and personal anecdotes of teachers was how early children experience this stereotyping (before nursery) and the extent to which it limits the prospects for young people in the future (dramatically). And because this happens so young, so innocuously, in small behaviours – so much of the status quo is internalised and becomes synonymous with our limited expectations for ourselves and the way we imagine the world. And create systems by which it is run.

It is so powerful seeing people choosing to challenge. What looks brave on other people can feel really uncomfortable when I do it myself. I often think it centres around whether you feel you have the right to be in the room in the first place. And I mean because of – not despite of – who you are.

In education, challenge is linked to individual growth and learning. You take your learning further by thinking about things differently. So whilst it might not seem like it at the time, we will be better and stronger for it.

Over the past few years, we’ve interviewed some extraordinary women on The Possibility Club podcast, each powering big change in their sectors. Here are just a few you might want to catch up on:

Free help with your new enterprise – meet the experts 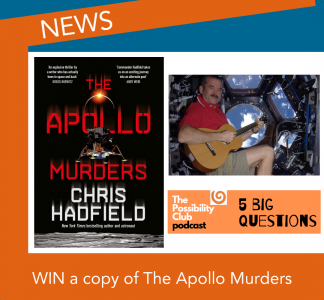 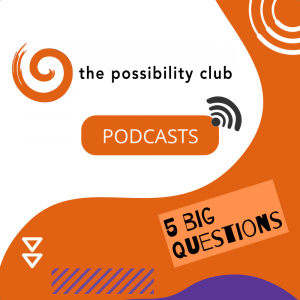 A new weekly podcast to ask and answer 5 Big Questions