BLOG: Why we pay a living wage

Since its launch in 2012, Brighton Chamber’s campaign for a real Living Wage has seen a wide variety of businesses, charities and large organisations sign up, implementing pay rises for over 3400 people.

always possible is the 600th local employer to join the scheme.

Our mission at always possible is to help leaders work out what comes next – in business, society and education. Core to our beliefs is the need for an economy built on inclusive growth, in which people get paid properly for fulfilling work, regardless of sector or life experience.

We are proud to support the Brighton Chamber’s campaign for fair wages, and as a growing business with big ambitions we can happily commit to never paying any staff or contractors less than a Living Wage.

To join the campaign, employers must commit to paying all their staff at least £9.30 per hour. Each November in Living Wage Week the rate is reviewed by the Resolution Foundation in line with the average costs of leading a normal life in the UK.

Brighton & Hove City Council has helped support the campaign since it started in 2012 and I’m delighted the campaign has gone from strength to strength and reached the milestone of 600 Living Wage employers. The Brighton & Hove Living Wage Campaign is the first and only business led campaign in the UK and the Chamber must be congratulated for its hard work and determination in campaigning for the living wage and contributing to the community wealth building of the city.

Unison is delighted that the city now has 600 employers signed up to pay the real Living Wage. This makes all the difference to staff living in a city with high rents and cost of living. 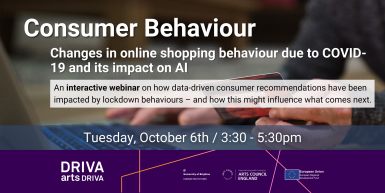 EVENT: Changes in online shopping behaviour due to COVID-19 and its impact on AI // 6th Oct

An interactive webinar on how data-driven consumer recommendations have been impacted by lockdown behaviours – and how this might influence what comes next. 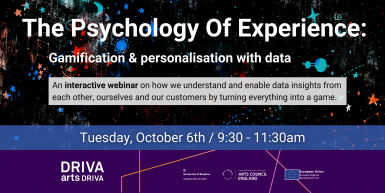 An interactive webinar on how we understand and enable data insights from each other, ourselves and our customers by turning everything into a game. 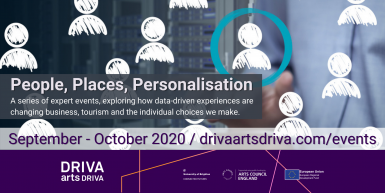 People, Places, Personalisation: A series of expert events, exploring how data-driven experiences are changing business, tourism and the individual choices we make.