First round of speakers announced for ABCD Igniter events series

The events will feature international, national and local speakers that will provoke ideas, suggest new ways of working, and invite you to re-energise collaborations.

We are thrilled to announce the first set of confirmed special guest speakers.

Alex Barker leads Be More Pirate; a book turned consultancy and social movement which supports people to challenge the status quo in their life and work. She is a coach, facilitator and speaker, the author of How to be More Pirate, and producer/host of the Be More Pirate podcast. Alex is based in London, and was previously a communications manager at the RSA (Royal Society of Arts).

Brighton based songwriter, singer, musician, producer and visual artist. Along with their brother, Alex, they form the nucleus of psych-pop band The Electric Soft Parade. Besides performing solo and in their own groups, White regularly appears as a session player for, among others, Patrick Wolf, British Sea Power, Levellers and Sparks.

Elijah Pailthorpe-Peart, better known as Nelson Navarro, is a rapper and producer based in Brighton. His afro-futurism music style is rooted in hip-hop & cutting edge electronica. Focusing on messages of positivity, empowerment & optimism he has been telling stories with music since 8 years old.

In his current role Dave conceived and led both the merger of Cornerhouse and Library Theatre Company and the £25m capital project to create HOME which has attracted almost 1m visits per year since it opened in 2015. Dave is also Director of Culture at Manchester City Council, a Fellow of the RSA, a member of the Chartered Management Institute, and the British Academy of Film and Television Arts.

Wana Udobang is a multi-disciplinary storyteller working at the intersection of writing, poetry, performance. As a poet, she has three studio albums which interrogate memory, familial bonds, healing and joy. She has been commissioned by Edinburgh International Festival, Deutsches Museum and ThankYou Australia. She has performed her work across Africa, Europe and North America. She runs The Comfort Food poetry workshop which uses memories around food as a conduit to create poems that become recipes for joy.
Her writings have appeared on the BBC, Aljazeera, The Guardian, Observer and CNN. Wana curates Culture Diaries; an archival project which uses multi-platform storytelling to document African artists.

Brighton born Richard Ainsworth is the owner/manager of Rodhus. A former Product Designer in the lighting industry and later director of Horsell Electrics. Combining Richard’s love for good design and a visit to Cockpit Arts, London he was inspired to make Rodhus a place that supported the creative community.

In 2013 Richard founded Our Future Creatives (OFC) with Vivienne Ridley – OFC  is an organisation that engages students interested in pursuing a career in the creative sector.

UK based designer and disability advocate Jessica Ryan-Ndegwa was born and raised in London. She has a Bachelor of Arts degree in Product and Furniture Design and is a business owner whose mission it is to champion for a more inclusive society. Recently, Jessica was selected as a Creative Freelance Champion to help drive systemic change within the creative industries.

On the premise that the aesthetic refracts the ethical and the political, Cissie is currently drawing from artistic practices for her book on the politics of silence, towards resuscitating silence as a positive political concept which can articulate and embrace the productive ambiguities between attachment and detachment in political practices of speech and action.

The ABCD Plan for Cultural Recovery in Greater Brighton runs until the end of 2022 and has so far raised over £350k for the cultural sector in the city. The Plan is overseen by an independent group of people formed of a Governance Group and a series of Working Groups. Its aim is to create paid work and professional opportunities for creative workers in the city, developing a more inclusive cultural offer and encouraging partnership work to strengthen the creative sector in the long term. Partners include Brighton & Hove City Council, Arts Council England, Brilliant Brighton Business Improvement District, the Pebble Trust and many funded arts organisations in the city.

If you work in the creative industries and want to find out more and get involved visit cultureinourcity.com. 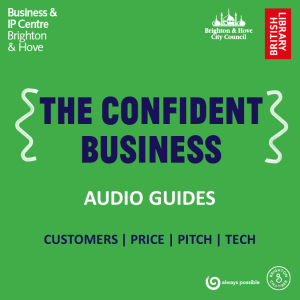 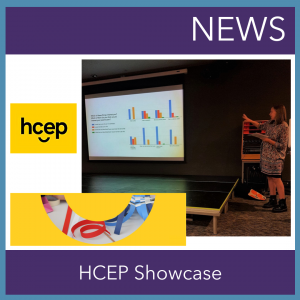 Another chance to get free, practical business support with The Confident Business.